The definition of creativity 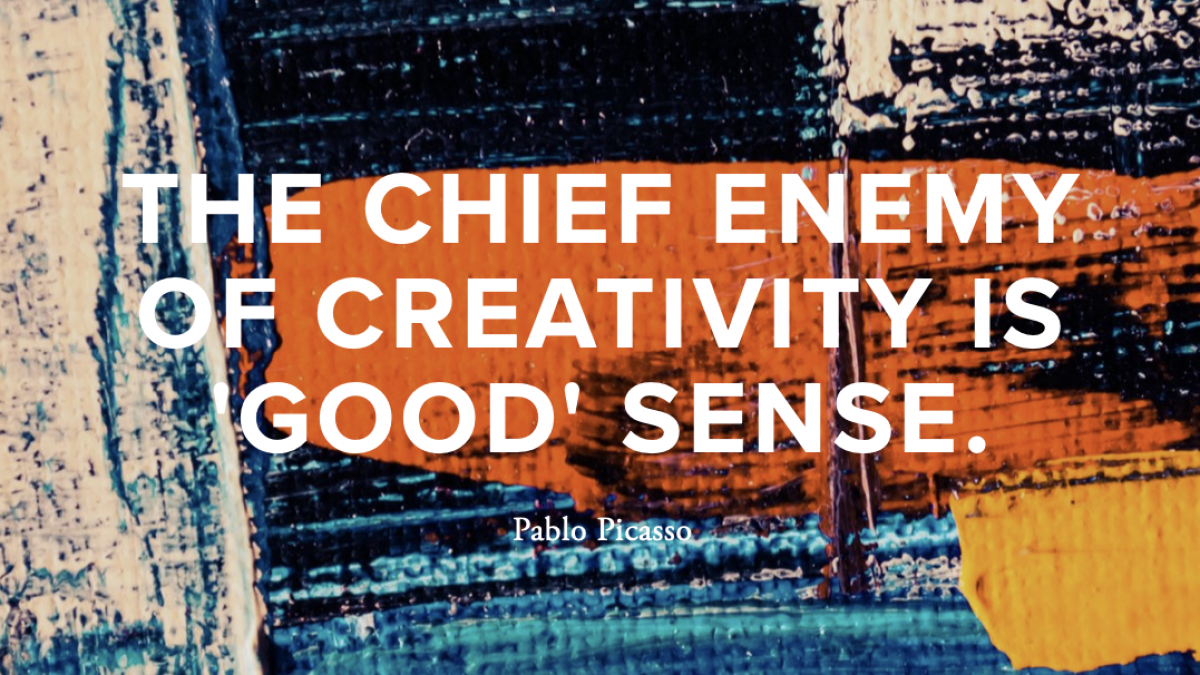 "Creativity is not the property of artists alone. It’s a basic element of the human character, no matter what culture you’re in, no matter where you are on Earth or in history." — Bill Viola

Creativity is such an important ability to have. When I applied for my first job after my Ph.D. (my only job in a company so far), I was asked about my creativity. They wanted to know when I used a creative solution. What was the situation and how did I solve it? Having creative people in your company could potentially be a huge competitive advantage. But does anyone actually know what it is? Personally, I always associated creativity with arts, literature, and music. All the fun stuff.

Creativity is a phenomenon whereby something new and somehow valuable is formed. The created item may be intangible (such as an idea, a scientific theory, a musical composition, or a joke) or a physical object (such as an invention, a literary work, or a painting). - Wikipedia

I think the definition is too unspecific. What do they mean by “new and somehow valuable”? It seems creativity is not limited to the arts. It is not the subject, but the way we think and create something new. In the first place, the new item only exists in our minds. We see it with our inner eyes and judge the value of the idea. Therefore, it is our personal view. It depends on the things we know, our knowledge.

It is very interesting to see a joke as creative thought. You need to think outside the box. A good joke usually involves a turnaround, you end up with something very different. A wormhole of the mind. Some people laugh and some people do not like the place they are taken to. This is because of their individual background.

Math Teacher: "If I have 5 bottles in one hand and 6 in the other hand, what do I have?"
Student: "A drinking problem."

My friend told me he had the body of a Greek god. I had to explain to him that Buddha is not Greek.

“Why are women jokes always so short - So men can understand them.“

5 INVENTIONS OF THE 21ST CENTURY

About 90% of creative ideas are a combination of things. You bring something unusual together. What do you get when you mix Rosemarie and ice cream? Rosemary ice cream of course. Is it new? - Yes. Is it potentially valuable? - I guess some people like to try.

It is only possible to come up with these ideas if your mind is allowed to wander. You need to go against your usual thinking patterns. It is not always obvious if the solution works. But you know when you have a creative idea: you think it is great. Your brain goes “Ahhhh”. Endorphins are flushing your brain and you are super excited to try and see if it works in reality.

Our current western education system is not made for creative thinkers. It is made for workers, that listen to orders and just do as they are told. It is easier to deal with children that listen and repeat. Creative people are unpredictable and no teacher or boss likes disorder. People who think outside the box usually did not like the strict rules in schools. If you want to stop the creative innovator, you just say: “Stop asking stupid questions“, “Stop talking and listen!“, “Just do it, as you are told!“, “This is how we do it and we will not change it.“

"I believe this passionately: that we don’t grow into creativity, we grow out of it. Or rather, we get educated out of it." -  Ken Robinson

Our Society does not forgive mistakes easily. I am also infected by this: when I make a mistake, I look around and try to see if someone noticed. Then I continue to figure out what is going on. I really don’t like being watched trying. The best thing to interrupt creativity is sitting next to the person and tell them: “Again”, “Wrong!“, “See this is how it goes.“ Highlight their mistakes with bright red color and count every mistake that they ever made. Make them afraid of failure and they will stop trying.

Every time someone wants to help too fast, the poor person gets more and more frustrated, thinks he is stupid, and just gives up. We need to allow them to solve it by themselves. Just wait until they are ready to ask for help. When I went bouldering, I was quite enthusiastic and tried a beginner route for some time. Then someone just wanted to help and told me: put your feet here and your hand there. I was so angry, she told me the solution. It is like someone tells you who the murder is at the beginning of a movie. Go with the easy and obvious, if you don’t want creativity.

I sometimes do not see why I should need to know certain facts. Learning thinks by heart is just a pain. The absolute fact is no food for thought. Why should you need to think, if it is already solved? Kill the creativity by giving them 100 flashcards of seemingly unrelated facts so they have no clue, what they are talking about. Therefore they are unable to make smart, creative connections and are unable to judge their creative thinking.

IS THERE A RELATIONSHIP BETWEEN INTELLIGENCE AND CREATIVITY?

There is no creativity if you do not understand the topic. Mixing ingredients for your new lasagne is a development process. You try, you fail, you try again. A great chef understands the different flavors and textures. He knows what can work before he tries. There are so many combinations. He gets to amazing recipes because he can try things in his head. He has the creation in his mind and can judge the value of the idea.

Accomplishing a high level of expertise is not easy. Nothing comes from nothing. It usually involves a lot of work and many tests and trials. Intelligence is a combination of your natural speed of thinking, knowledge and strategy. It is difficult to judge intelligence, but I believe a person is intelligent if he comes up with a clever, creative idea. He needs to have gained the knowledge and needs to have chosen how to approach the problem. Do you give up easily? Do you try a different approach every so often? How valuable is being creative for you? Let me know in the comment section below.